Riding the Rift - The Ups & Downs of Western Kenya

After an extended stay in Naivasha – volunteering, going on several safaris and recovering from Malaria - new adventures beckoned. Manu and I packed up our bags and headed north-west for Uganda.  However trouble was not far away…

We waved a bleary eyed farewell to our wonderful hosts, the Nicklin family, and set off with smiles on our faces for the 70km ride to Nakuru. 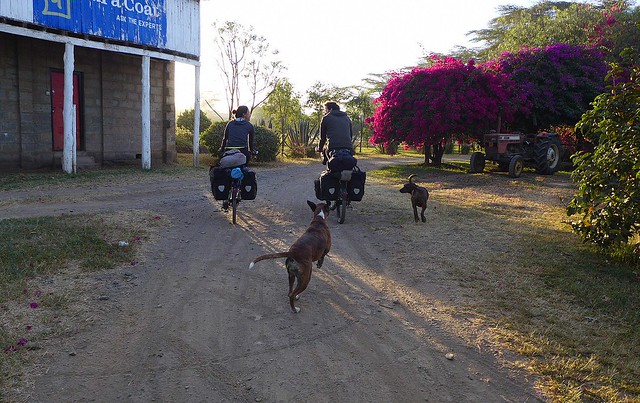 The start of the day is by far the most divine time to ride; there is a stillness in the air and the world around for which cycling is made for.  Dawn has become my favourite time of day since riding.  Although my sleeping inclinations mean I still don’t see it often enough.

Despite a series of punctures the ride started well and we rolled over hill and dale, with a steady torrent of trucks at our side trundling import goods upcountry and on to Uganda.  Main roads are best avoided. 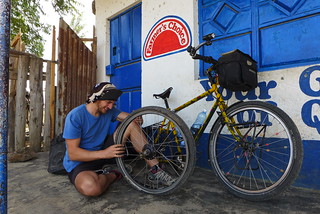 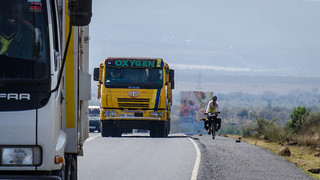 Tyres reinflated and bellies filled with chapatti we neared Nakuru but something was wrong.  A slight groan from Manu’s right knee had suddenly amplified into a screaming pain – as we arrived in the town she could barely pedal or even walk!  We were both in shock.  Luckily we found a rest-house nearby and called our good friend Liz – a physical therapist – who’d been such a good friend to us in Naivasha.  Several days rest was prescribed. 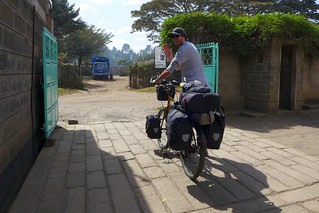 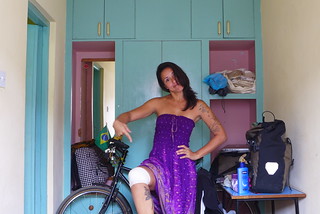 With a visit to one of the children’s homes of Kajiji Cha Watoto – a project I’d been supporting – arranged three days and 240km hence, we arranged for Manu to get a lift.  I got back on my bike, doing my best to keep the integrity of my cycling challenge.  After all the excitement of cycling again just 24 hours earlier, it was a forlorn farewell. 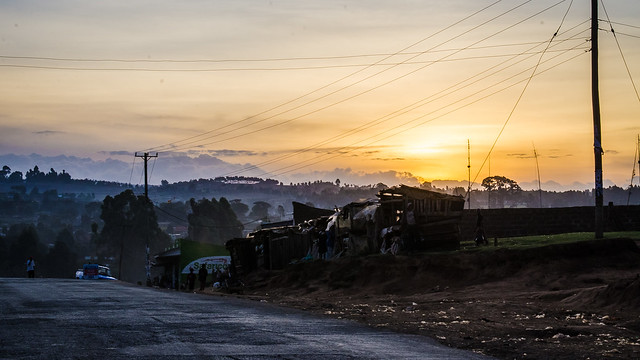 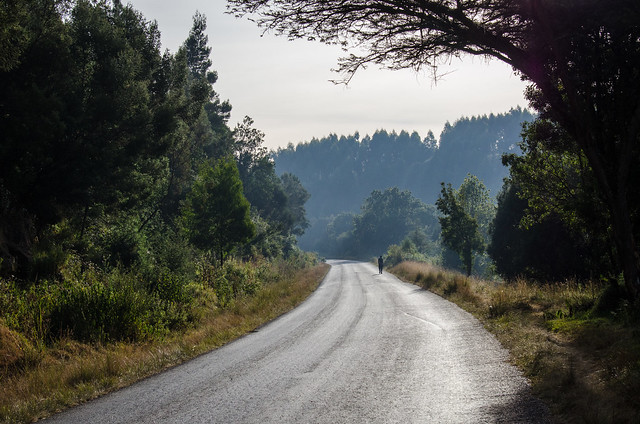 The next days reaffirmed that I’d not been in the saddle a while.  My legs burned as I made my way up the rift valley escapement.  As always on the bike the pain came with the reward of magnificent views over Western Kenya. 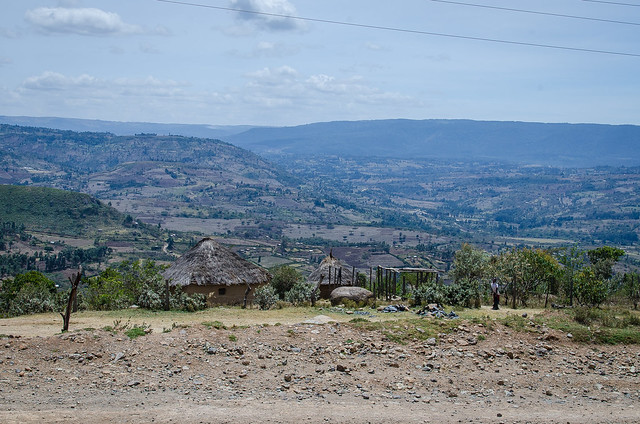 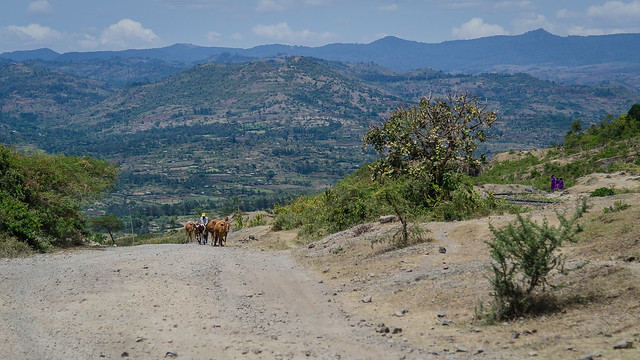 The punctures were no longer proving a problem but a new disconcerting sound entered my cycling lexicon – the muted ping of a broken spoke.  The rocky road I was riding didn’t offer much solace as I rumbled down a 1000m descent toward Lake Victoria. In two days, five pings; I had obviously not done my spoke replacement homework… and I was down to my last spoke. 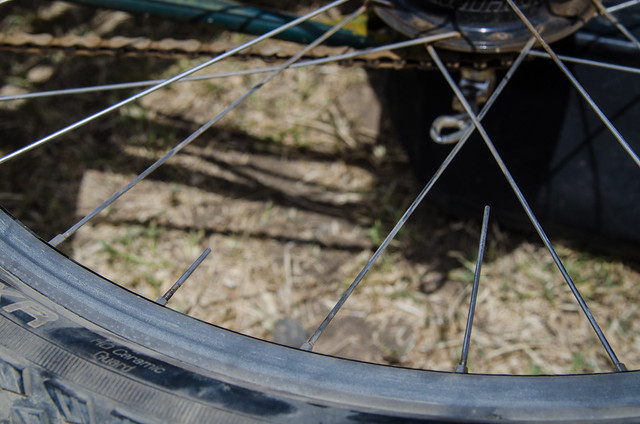 I rejoined freshly laid tar with sigh of relief.  It is a joy every touring cyclist shares; after days or hours of jarring your body, concentrating on every little rubbly contour, the first moments of gliding on to asphalt are heaven.

A few dastardly climbs later I neared Esibouye to greet Manu, Pastor Michael and the kids he provides for through his bakery project in Naivasha.  It was wonderful to be greeted in an unfamiliar place with familiar smiles and a bed I could fit in.

Manu had already befriended the kids and sized up an opportunity for the Better Life Cycle to fund a rain-water collection tank saving the kids from a treacherous walk to fetch water each day.  The sight of watching young children carrying yellow Gerry-cans of water is a common one throughout Africa; few seem to begrudge it but in an area with rainfall so abundant the small investment of a big tank and guttering was a no-brainer.

We spent a wonderful few days with the kids, sharing stories over dinner and hearing about Pastor Michael’s life.  He is without a doubt one of the most inspiring and kind-hearted individuals I’ve met.  His mother is testament to that fact.  After she abandoned him as a baby, he grew up on the streets. Luckily through the church he found a positive path out of poverty and petty crime. As he grew up he spent years trying to find his mother with nothing but a name – chasing down leads all over the country.  Eventually he found her, accepting her abandonment of him without reason and with total forgiveness. She now lives and helps to care for the children in the Kajiji Cha Watoto children’s home. 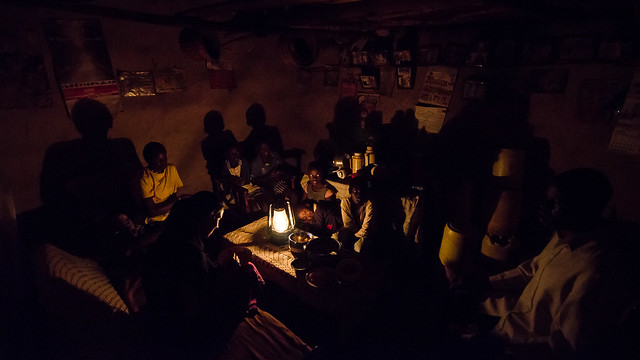 There may be people who speak against religion but in the face of love and dedication fuelled by belief, as is the case with Pastor Michael any argument ought to pay respect.  I was completely humbled.

With Manu’s knee rested we set off towards the Kakamega rainforest on the day of Kenyan election.  We’d barely made it 10km before a muffled ping sounded, my last spoke – bugger!  With little option we rode on… another ping.  Continuing was futile; we hitched a lift and I got on the phone to Thorn Cycles – my wheel truing incompetence was confirmed and new spokes were ordered. 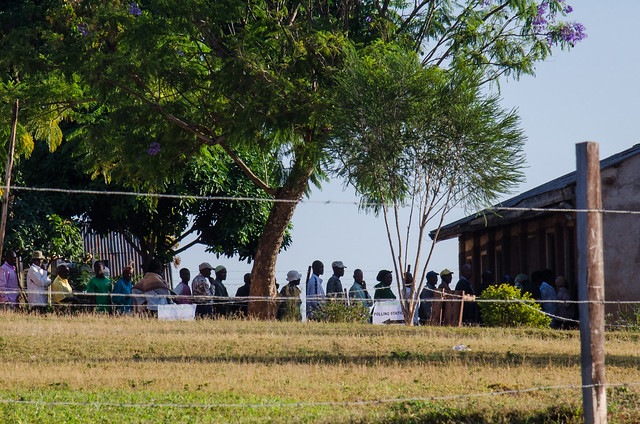 With a few weeks before the parts would arrive, I landed a short consulting contract for a safari company in Kampala, so off we went leaving our bikes for repair on our return.

Our first sample taste of Uganda left a hunger for more.  We had a wonderful few weeks the highlight of which was visiting Banda Island, a small tropical island in Lake Victoria which fulfilled childhood dreams of living like Robinson Crusoe; magical. Through my work I also got introduced to two fantastic educational NGOs - 'School for Life' & 'Lunch 4 Learning' that we would revisit on our return. 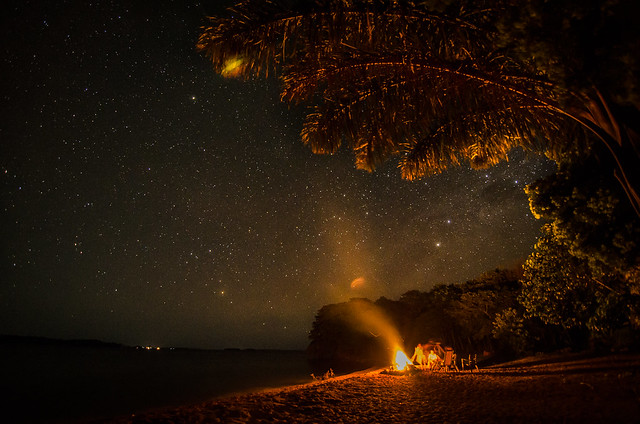 With bike bits in hand we returned to Kakamega, fixed the bikes and set off to cycle around Mount Elgon giving the busy roads a wide berth.  It was a beautiful cycle fringed with gargantuan trees and roaming monkeys.  Yet all was not well, in spite of the rest Manu’s knee flared up again – disaster! 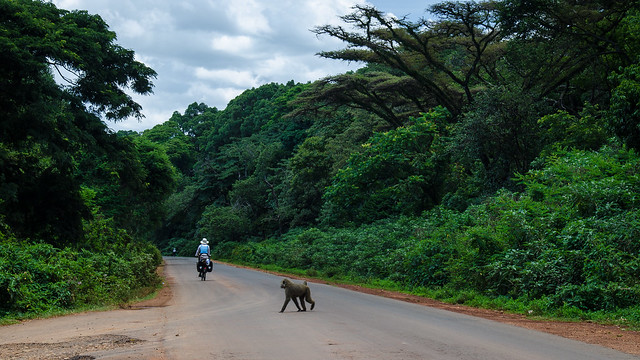 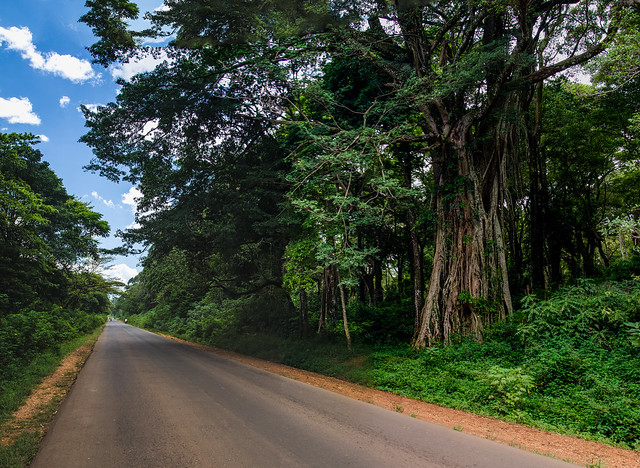 Our visas were just three days from expiring, so we decided to regroup in Uganda.  Manu was given a lift by some kind friends – Lakhe & Lale – and I set off to ride around the mountain. 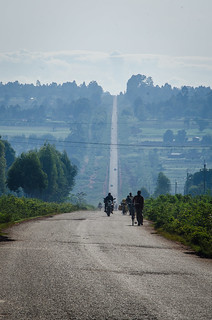 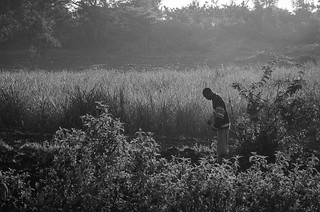 Thus far I’d been pretty lucky dodging the rain but my luck ran out on my cycle to the border.  I looked up at the sky, hoping to dodge the storm, but I let one too many chances to shelter pass and 10 seconds after the rain hit I was drenched.  Cowering under a tree made no difference.  Two passers-by dashed into a farm beside the road and let themselves into an outhouse, I followed suit – not quite as worried about trespassing as I might have been elsewhere in the world.

The rain relented 45 mins later, although I felt not a drop drier.  I pedalled on and took refuge for the night next to a curiously placed Chinese restaurant.  I wasn’t expecting sweet n’sour pork balls out here but that didn’t stop me laying waste to a few bowlfuls. 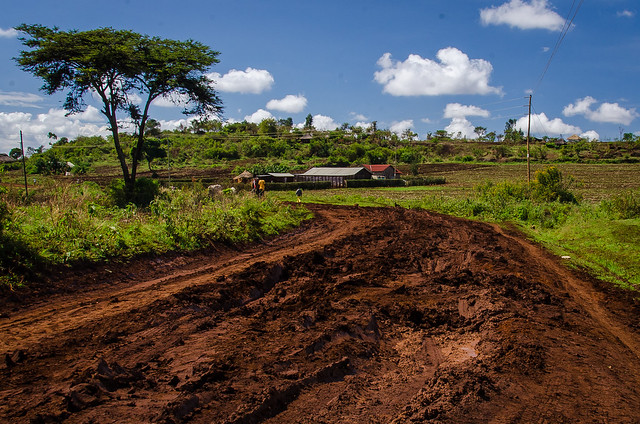 The following day 50km from the border in the shadow of mighty Mount Elgon the asphalt stopped and the mud began.  At times the road was baked into butt-pummelling corrugated ridges at times it was like a swamp.  Mud roads in rainy-season are not for the feint-hearted. 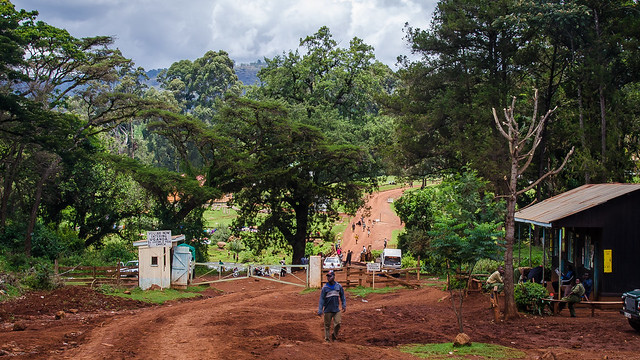 The border itself was as idyllic as a border could be: a few outhouses, a few snoozing guards, children playing and a river flowing between the two countries beneath the gaze of a thick green forest.

It was the end of a both testing and wonderful time in Kenya – much to be grateful for yet I was also happy to be moving on.  Next stop Uganda. 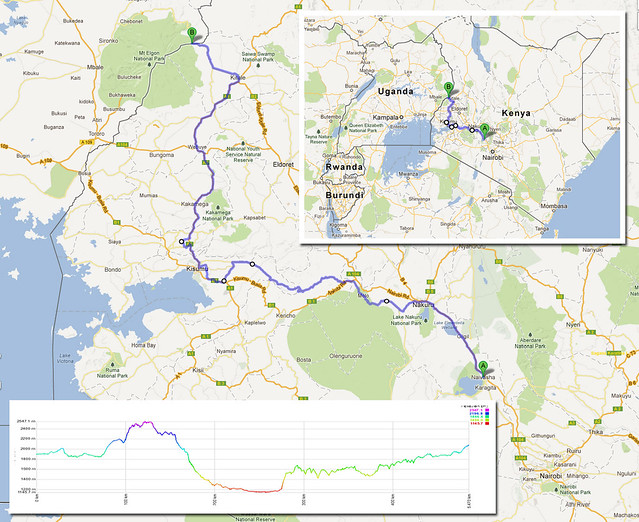